You are here: Home / Tips / Property tips / What effect does political change have on the property market?

Malcolm Gunning, President of the Real Estate Institute of Australia (REIA), and Leonard Teplin, Director of Marshall White debate the potential implications the most recent leadership spill could have for the residential property market. 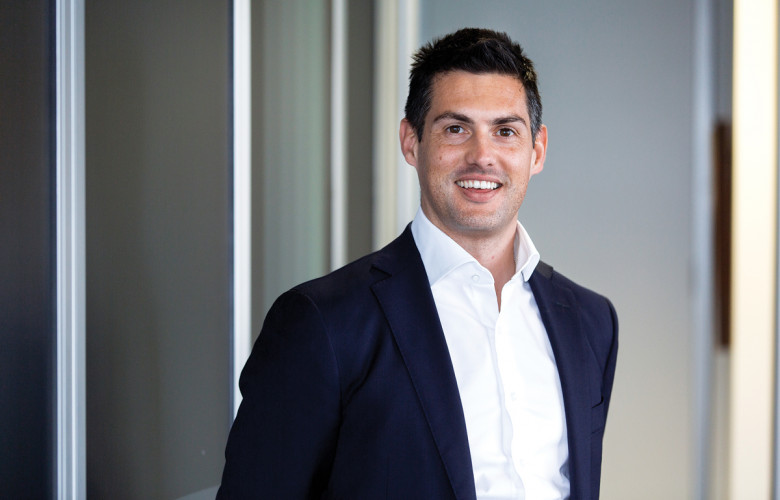 It feels like we’ve had more leadership spills than seasons of The Bachelor, and some industry leaders are worried that Australia’s reputation for changing Prime Ministers at the drop of a hat is having negative consequences across the property market.

Director of Marshall White, Leonard Teplin says the constant change of leadership in Australia is driving residential buyer sentiment to an all-time low, and it’s the Australian public who are left to sit back and watch the fallout, again and again.

“There are no real winners, only losers. The Australian public must once again sit and watch while the effects ripple across our economy and property market,” Mr Teplin said.

“It’s no secret that every time there is an election, market sentiment drops, people delay purchases and put off big decisions until the new leader has been decided, and election promises turn into policies.

“In real estate, this sentiment is reflected in weaker conditions as buyers cautiously await the inevitable policy changes and market overcorrections that are sure to follow suit.

Industry leaders are concerned about the potential implications the leadership spill could have on the property market. Image by Adz via WikiCommons

“As Scott Morrison gets set to take over as the nation’s leader, property purchasers both locally and abroad will be questioning what this change in direction will mean for them and their investments,” Mr Teplin told WILLIAMS MEDIA.

But Malcolm Gunning, President of the Real Estate Institute of Australia (REIA) doesn’t believe the leadership spill will have a drastic impact on the property market.

“I don’t think there will be any change because Scott Morrison was really the architect of the current economic policy,” Mr Gunning told WILLIAMS MEDIA.

“Tougher lending criteria introduced by the APRA, and the banking royal commission is what’s really having the biggest influence on the market at the moment.”

“In terms of the recent changes of Prime Ministers and Ministers, I do not see any impact on the market attributable to this. The policy of the Coalition regarding negative gearing and CGT remains unchanged.

“The PM as the previous Treasurer has reiterated the position a number of times. Further, the PM well understands the impact of changes in policy having worked in a policy role in the property sector,” Mr Kreitals told WILLIAMS MEDIA.

“Those advocating for removing the deductibility of expenses incurred in earning assessable income in the residential property market are damaging people’s ability to acquire a home,” Mr McKibbin told WILLIAMS MEDIA.

“This is adversely impacting the property industry – Australia’s biggest employer – and playing petty politics in the misguided belief it will promote their personal brand.”

“A stable government is a pillar of optimised liveability and one of the main reasons Australia has enjoyed a consistent influx of foreign investment into the real estate market, in turn driving the delivery of new infrastructure and economic progress,” Mr Teplin said.

This recent setback could be detrimental for Australia’s international investment revenue, “which serves a much-needed portion of the market that drives new residential supply and delivers stock to the rental market,” Mr Teplin continued.

Mr Gunning told WILLIAMS MEDIA the message the government is sending to overseas investors is what worries him the most.

“Our government seems to be very stable – and I’m not talking about leadership changes – but both parties are reasonably well aligned in policy. What sends the discouraging message is the tightened immigration and the taxing of foreign investors,” Mr Gunning said.

“Chinese investment into Australia’s residential property market has stopped, and I can say with conviction that the message this sends back to China is that they’re not welcome. So it’s more about the message it sends by the government rather than the changes in leadership.”

“It will take investors out of the market”

If Labor were to win the next election, as it appears they will, Mr Gunning says the rental market will suffer.

“Labor is absolutely rusted on to negative gearing. They are of the opinion that it will help affordability, which is completely incorrect. What it will do is drive up rents because there will be fewer people buying investment property,” Mr Gunning said.

“There has been 13 per cent growth in rent over the last five years, which is historically low and below inflation. If Labor gets in, it will take investors out of the market which will hinder supply – up goes the demand and the cost of rent.”

Mr Kreitals told WILLIAMS MEDIA that if Labor were to be elected, the current market falls would be “exacerbated”.

“Labor has on many occasions, including recently, reiterated the position that it took to the 2016 election to change negative gearing and CGT arrangements. In the lead up to the 2016 election, a number of studies were undertaken to examine the impact of such changes. In short, housing prices will fall and rents will go up.

“It needs to be remembered that at the time of the 2016 election, property prices were rising. Introduction of Labor’s measures would exacerbate the current market falls and flow on to the construction industry and economic growth,” Mr Kreitals said. Industry leaders debate the implications the leadership spill could have on the property market. Image by Maxmillian Conacher via Unsplash.

And if stability is the cornerstone of sound investment, Mr Teplin says buyers will look to take their money elsewhere for more predictable returns in safer markets.

“As sentiment plummets and the population continues to grow faster than new stock can be delivered to meet the market, now more than ever we need a strong, stable, united government to help rebuild the real estate market and deliver stock to where it is most needed,” Mr Teplin said.

“Political in-fighting isn’t just bad for business on a global scale – its effects are felt right across the property market long after party room vengeance has been executed.”

The June quarter 2018 edition of the Adelaide Bank/REIA Housing Affordability Report found that affordability has improved for renters and the number of first home buyers increased during the second quarter of 2018.

First home buyers now make up 17.8 per cent of the owner-occupier market, compared with 14.3 per cent at this time last year.

New South Wales remains the least affordable state for renters, where the proportion of income required to meet rent repayments is 28.8 per cent – 4.7 percentage points higher than the national level.

Scott Morrison admitted last year that Australia has a housing affordability problem and announced a number of measures in the May budget.

“There are no silver bullets to make housing more affordable. But by adopting a comprehensive approach, by working together, by understanding the spectrum of housing needs, we can make a difference,” Mr Morrison said at the time.

Mr Kreitals told WILLIAMS MEDIA it’s worth considering the importance of property to the economy, highlighted by the latest GDP figures.

“For the quarter, the economy grew by 0.9 per cent and 3.4 per cent for the year, which is the fastest rate of growth since the September quarter 2012.

Australians should be earning six-figures to avoid being under housing stress,...
Scroll to top