Property Tips – To auction or not to auction

Selling by private treaty or auction is a highly debated topic both within the real estate industry and when sitting in front of sellers. Many argue that auctions are the best way to secure the highest sale price due to the competitive nature, others believe private treaty is the way to go.

To Auction or Not to Auction?

That is the question many are asking. 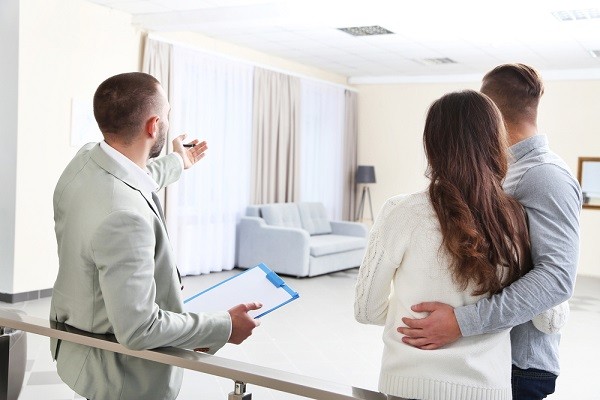 Selling by private treaty or auction is a highly debated topic both within the real estate industry and when sitting in front of sellers. Many argue that auctions are the best way to secure the highest sale price due to the competitive nature, others believe private treaty is the way to go.

Truth is, both have their pros and cons and it’s a decision that should be made from home to home – there is no one size fits all answer.

With that said, I’ve tried to list the pros and cons of each as seen from an agent’s perspective.

Should you either buy or sell at auction, you know exactly what your terms are. It’s a very simple contract that has the finance and building and pest clauses removed giving you absolute security in the knowledge that your knockdown figure is the sale price.

Auctions put a perceived deadline on the sale of the home. Yes, some are passed in and some sell prior, however buyers understand that if a home is going to auction, the seller is genuine and they are best to view the home quickly so they don’t miss out. The process does generate a sense of urgency amongst buyers and this compels buyers to make a decision.

At an auction, competitive bidding amongst buyers ensures the best possible result.

An auction provides sellers with protection in the form of a reserve price. This means that the home will not sell unless bidding reaches a pre-agreed level. Further, there is no ceiling price, so you have the opportunity to achieve a price above expectations, especially if there is a competitive crowd.

This isn’t actually a con but we get asked about it all the time so I thought I had better mention it. The only difference between an Auction campaign and a private treaty campaign is the cost of the Auctioneer. But a good one is worth their weight in gold so don’t skimp on this.

Again, this isn’t a con however there is a perception out there that auctions are stressful. Truth is this couldn’t be further from the truth. A good agent keeps buyers and sellers fully informed throughout the entire process. Yes, there’s an uncomfortable feeling on the day of the auction however that pales in comparison to the stress of waiting for a conditional contract to go unconditional, that can take weeks (or in some cases months).

Hang on a minute, isn’t the contract a pro? Yes, it is. However due to the unconditional nature of the contract, it is up to the buyers to be fully prepared come auction day and some buyers are simply not able to purchase without a ‘subject to finance’ clause.

Tips for a successful auction

The agent plays a key role in the success of an auction. The process involves significantly more work for the agent so ensure you engage someone that’s willing to put in the hard yards.

The auctioneer will also play a key role in the success of your sale, particularly in a scenario where only one or two bidders turn up on the day. Ensure your agent uses an auctioneer with a proven track record and excellent negotiation skills

Settle on a final reserve in the days leading up to the auction. It is important that the reserve is well planned, so that you don’t end up negotiating this half-way through the auction when time, pressure and emotions are high. It is also important that you do not disclose or discuss your reserve price with anyone except your agent/auctioneer.

For many potential sellers and buyers, the thought of an auction can be quite overwhelming and intimidating. For this reason, private treaty can be beneficial as the whole process moves at a much slower pace and all parties often have time to seriously consider their position.

Private treaty sales are suited to sellers that do not have an urgency to sell, and where they may be open to accepting different sale terms, such as a subject to sale clause or a prolonged finance clause from the buyer.

Yes, you won’t have to pay that Auctioneer for putting on a show for you and all the onlookers.

It’s all done behind closed doors as private treaty occurs through a negotiation process, it provides greater privacy and enables you to keep the specific details of the sale out of the public eye.

The cooling off period

Private treaty means a cooling off period and that means the buyer could change their mind after contract has been signed.

Private treaty gives buyers the flexibility to make the contract subject to the man jumping over the moon, it shifts a lot of the negotiation power to the buyer and sometimes the seller loses a level of control.

Selling via a private treaty can take more time than auction. This is because there is no specific end date to give buyers a sense of urgency and therefore they may not act as quickly. Also once they put the home under contract, there is a waiting period for the contract to go unconditional.

A key difference with private treaty sales is that the price is generally negotiated down compared with auctions where the bids increase. This means that the property is less likely to sell for more than the asking price.

Yes, that old chestnut. The agent plays a key role in maximising your sale price. Be very careful with the agent you trust with your largest asset. Easy traps to fall into are picking the agent that quotes you the highest sale price or gives you the lowest marketing campaign (or a combination of both). This is usually a red flag that they are just telling you what you want to hear to get your business.

The more people that know you’re for sale, the faster the sale will happen and the higher the price achieved.

As the price is often negotiated down with a private treaty sale, it is important that you price the property at the upper end of market value allowing for some wiggle room, however it’s important that you don’t price it too high that people are scared off and won’t even inspect.

Renovating bathrooms: what you can, can’t and should never do –...

Property Tips – Should you renovate before selling?
Scroll to top