Market to stabilise 20 percent below peak

You are here: Home / Tips / Property tips / Market to stabilise 20 percent below peak

Market to stabilise 20 percent below peak

The Housing Industry Association has released its quarterly economic and industry outlook report, revealing a “convergence of conditions” in the building industry. 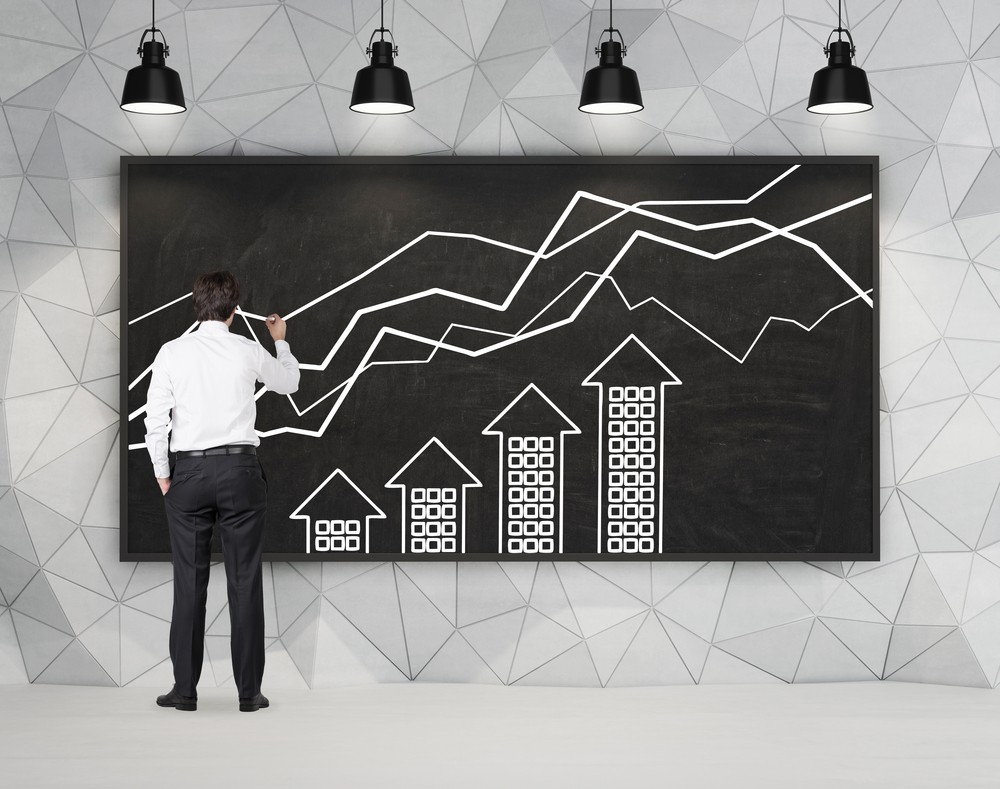 The long-awaited stabilisation of new homes in the market is on the horizon, the Housing Industry Association says.

According to the HIA’s quarterly economic and industry outlook, released today, there is evidence the market is heading towards a point where the supply of new homes meets, rather than exceeds, demographic growth requirements.

Chief Economist Tim Reardon said the easing of wider economic and housing market conditions had given rise to a situation where monetary and fiscal stimulus is possible, without fear of overheating house prices.

“If economic activity improves, the credit squeeze dissipates, home prices stabilise and the recent stimulus measures take hold, the supply of new work into the pipeline will soon reach its low point.

“All indications are that this stabilisation will occur and prevent a more significant downturn.

“This new equilibrium will see the number of new homes remain around 180,000 per year, not in excess of the 200,000 that have been built each year, for the past five years.”

The outlook indicates demand for new detached homes appears to have held up well with only a 9.0 per cent contraction in starts over the year.

Detached house starts are forecast to decline by 7.6 per cent in 2019/20, primarily in the first half of the financial year and stabilise at around these levels for the following two years. 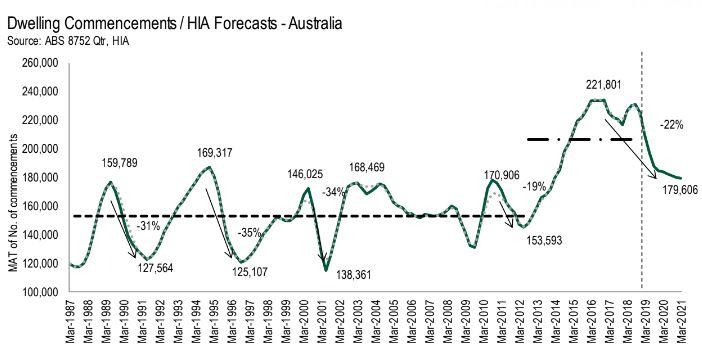 HIA believes this apparent resilience is due to the lag between the sale and commencement of construction of the houses and gives the impression that contemporary market conditions are stronger than is the case.

In contrast, the data shows the apartment market is continuing to contract rapidly, with starts now 41.8 per cent lower than a year ago.

Mr Reardon said while the number of apartments under construction will continue to fall as more projects reach completion and fewer new projects enter the pipeline, there was a silver lining to the contraction in the form of a “convergence of conditions” within the building industry.

“We no longer have a boom in east-cost capital cities and stagnating markets elsewhere,” he said.

“Interest rates, income taxes and lending restrictions have all been eased in an effort to support activity and economic growth. State and Australian Government investment in infrastructure is also important to support labour market growth.

“These measures are now supporting activity in housing markets across the economy.