How having a tidy house reduces stress and anxiety

You are here: Home / Tips / Property tips / How having a tidy house reduces stress and anxiety

How having a tidy house reduces stress and anxiety

Confession: I have a friend whose house I can no longer go to. I love the friend. I love her family. But I can’t go to their house anymore. It’s chronically, chaotically, crazily messy — and it makes me stressed out just by being there. 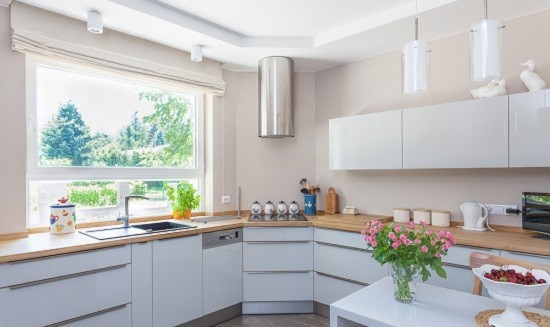 It’s one of those homes that is just cluttered with stuff. Stuff — toys, books, magazines, devices, DVDs, CDs, kitchen appliances, clothing— is everywhere, on literally every surface. It’s not dirty, per se (although sometimes it’s hard to tell, because it’s so packed full of all that aforementioned stuff), but it’s certainly not clean. The constant barrage of stuff means that the house seems primed for pandemonium, even when nobody is home.

I thought I was alone in thinking this about my friends’ house, but it turns out, there’s a direct link between having a clean home and reducing stress and anxiety. There’s a reason Marie Kondo asks us to seek out items that “spark joy” and discard those that don’t — because our surroundings have a real and lasting impact on our wellbeing.

First, a cluttered household can make us less productive and focussed. Researchers at Princeton found that too much clutter essentially competes with your attention, making it harder for you to focus, and leading to stress and burnout. It makes sense — think of how hard it can be to get your work report done from home when there’s a tower of washing up to do.

Similarly, the way we think about our homes — that is, as messy or clean — can impact our mental health. Jeanne Arnold, a researcher at the University of Southern California’s Center of Everyday Lives of Americans, says that when we are able to think of our homes as “restful and restorative”, we report lower stress levels. “Cortisol data shows a link between unhappy verbal characterisations of arrays of household possessions [chronically messy, cluttered rooms or unfinished remodelling projects] and higher stress levels,” she says.

Sleep, too, can be affected by a messy household. A study by the US National Sleep Foundation found that people who make their beds consistently were 19 per cent more likely to get a good night’s sleep, compared to those who didn’t. What’s more, 75 per cent of those surveyed said they got a better night’s rest when their sheets were clean.

When something as simple as decluttering and tidying up a little can make such a huge difference to our mental health, I’m surprised that not more of us actually do it — it’s a no-brainer, right? After all, as Florence Nightingale said, “The connection between health and the dwelling of the population is one of the most important that exists.”

Are You Neglecting Your Financial Fitness?

44 tips on packing your house for sale
Scroll to top