Housing affordability has improved across the country despite falls in Victoria, South Australia and ACT, according to new research from the Real Estate Institute of Australia and Adelaide Bank.

he 2018 March quarter edition of the Adelaide Bank/REIA Housing Affordability Report shows an improvement of housing affordability across the nation, while the median family income required to meet loan repayments has decreased.

Mr. Gunning said that rental affordability declined in all states and territories, except in Western Australia and the Northern Territory, with the proportion of median family income required to meet rental payments increasing by 0.1 percentage points to 24.8 per cent.

“Western Australia and the Northern Territory were the only states or territories to show improvements in both rental and home purchase affordability,” he said. 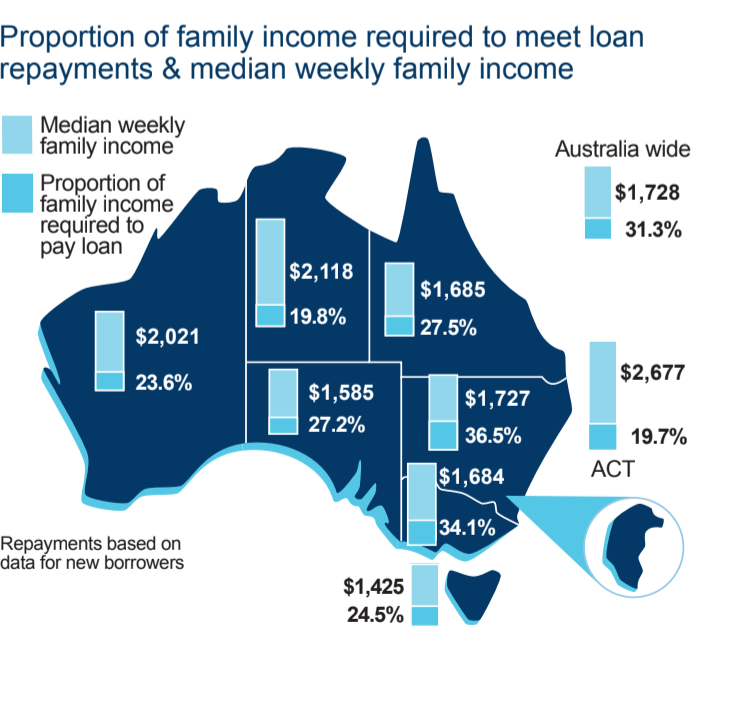 Housing affordability improved in WA with the proportion of income required to meet loan repayments decreasing to 23.6 per cent, a 0.3 percentage point decrease. Rental affordability also improved to 16.3 per cent of income.

The number of loans also decreased across the country by 16.0 per cent, with falls in all states and territories including the largest decrease of 17.9 per cent in New South Wales and Victoria.

In New South Wales, the proportion of family income required to meet loan repayments decreased by 36.5 per cent, remaining the least affordable state or territory to buy a home. 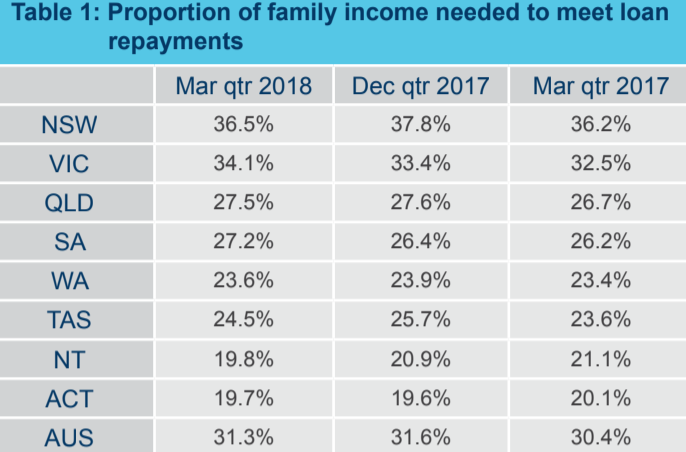 “While some decline in the number of loans for this period, which includes the summer holiday break, can be expected, the reduction reflects a changing sentiment in the market.

“In Sydney and Melbourne – the two cities which have had the largest price increases over the past few years – the drop in loans is attributable to APRA restrictions on investment loans and more stringent home lending criteria,” he said.

“Since the last edition of this report the east coast residential property market has moved relatively quickly from a seller’s to a buyer’s market.

“The March quarter showed an overall decline in first home purchasers entering the market, with the Northern Territory experiencing the highest decline of 21.0 per cent. However, the number of first home buyers is 28 per cent higher than in the March quarter 2017 and represents 26.3 per cent of the total (excluding refinancing),” Mr Gunning said. 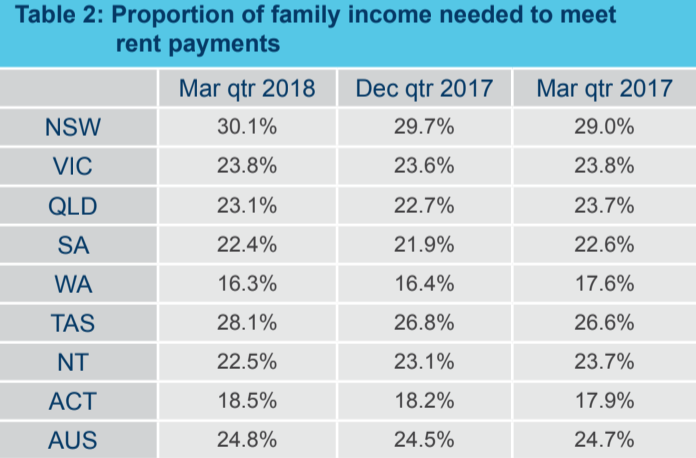 Darren Kasehagen, Head of Distribution at Adelaide Bank, said the improvement in housing affordability is a welcome relief.

“It’s great to see that when compared to the corresponding quarter of 2017, the number of first home buyers has increased in all states and territories year on year – and by more than 80 per cent in NSW and the ACT.

“The reduction in the total number of new loans compared to the same quarter last year has the potential to be a continuing trend, and the same could be said for the reduction in the average loan size experienced in the March quarter as overall lending standards improve across the industry making access to credit a little harder,” he said.