Sensible things to do with your extra money

You are here: Home / Tips / Sensible things to do with your extra money

How to Save on Food Delivery

Dialing for delivery undoubtedly saves time and effort, but—surprise!—it can sometimes save you money too. So when should you hit the supermarket for ingredients for a home-cooked dinner versus showing your local eatery some love? Read on for 10 dishes you’re better off ordering, what they tend to cost per person and the surprising reasons why they’re more expensive to make.

That smooth, melt-in-your-mouth texture comes from chefs using only “sushi-grade” fish with a special fat content, explains food expert Alan Watts of MenWhoDine.com. “There are rules about how to catch and prepare it to ensure its quality.” While sushi-grade tuna costs about $28 per pound at a retail fish market, Japanese restaurants purchase an entire tuna directly from Japan for much less per pound, Watts says. 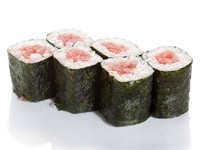 A pound of lamb alone would run you $15, which costs more than the pita, feta cheese and tzatziki sauce also needed to make this dish. “Greek restaurants buy the whole lamb,” says Watts, “which makes their cost per pound much less.” The kitchen staff breaks down the animal, using the legs for souvlaki, the bones for soup stock and the ribs for lamb chops, so unless you plan to do the same, get delivery. 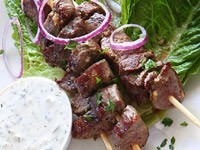 Two reasons why whole, uncooked chickens are more expensive: “Their shelf life is longer,” says executive chef Eddie Rodriguez of Olives Gourmet Grocer. Plus, cooked chickens are “loss leaders.” Grocers price them attractively to entice consumers to buy items they wouldn’t if the entrée were pricier, according to David Bakke, grocery expert at MoneyCrashers.com. Shoppers end up spending more that way. You may be able to save extra on a cooked chicken if it’s still for sale as the supermarket’s closing; it won’t be good the next day, so they sell it for a deep discount. 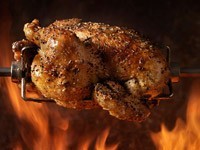 A fully loaded one is cheap from chains like Chipotle and Moe’s Southwest Grill because of the assembly-line preparation style. “Since these aren’t waiter-service places, labor costs are lower, and they’re able to serve many more people,” Watts says. More buyers mean the eateries can afford to sell each burrito for less.
And with many locations across the US, “they’re able to secure tons of products at the best prices available,” Watts explains. 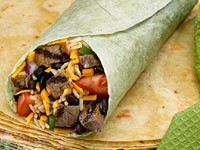 With value meals and the dollar menu, it’s impossible to make a cheaper version at home. According to California-based clinical nutritionist Stella Metsovas, many fast-food chains own farms and livestock, so there’s no middleman, who’d charge restaurants extra to make his own profit. These chains also cut waste costs because they “dehydrate, freeze or chemically preserve products,” Metsovas says. And that gives them a longer shelf life.” What’s more, “fountain beverages cost fast-food chains pennies,” which allows them to mark down food since they make up for it with lucrative drink sales. 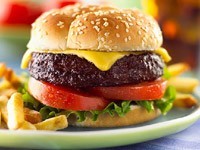