More and more baby-boomer parents are digging into their retirement savings to help their children enter the property market, states a new report from Digital Finance Analytics (DFA). 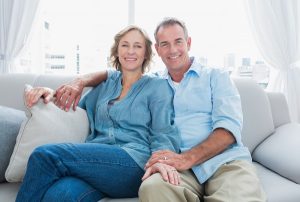 Fifty-four percent of first-home buyers who entered the property market in the last quarter of 2016 had financial help from their parents. The average amount given by parents during that quarter was $85,000.

“Some are making a loan, others a gift,” North told Starts at 60. “This is clearly eroding savings and equity for retirement. It’s replacing guarantees.”

While many parents were happy to give their children the money, North said it could create issues for parents living out their retirement years.

“If it’s a gift, then the capital is gone. If it’s a loan, this can lead to difficulty later, especially if the terms are not clear, or the kids decide not to repay,” he said. “Given that many baby boomers will not have sufficient super to funder their longer-than-expected retirement, this could put more pressure on the pension budget and create hardship for some in the future.”

The report found that parents aged between 55 and 60 were most likely to give their children money for a home deposit, followed by those aged between 60 and 65. The numbers drop once parents retire after the age of 65.

Parents had mixed feelings about helping their adult children buy their first homes. Some willingly gave the money, grateful that their children could enjoy their ‘inheritance’ while they were still alive.

Joanne Tonkin-Bride gave each of her children more than double the $85,000 average. “My ex was a very good provider and therefore [we] were fortunate enough to be able to do so,” she said. “l would rather see my children happy now than after l’m dead and gone.”

Some parents loaned the money, while others acted as guarantors. Unfortunately, some struggling baby boomers couldn’t afford to help their children, while others chose not to as a matter of principle.

“I had to work for my first house. No one helped me,” said retiree Ruth Hourigan. “I personally believe that is a major problem with today’s generation. They can’t be bothered doing it for themselves.”

The information in this article is of a general nature only and does not consider your personal objectives, financial situation or particular needs.