2016 Census: what does it tell us about housing in Australia?

You are here: Home / Tips / Property tips / 2016 Census: what does it tell us about housing in Australia?

2016 Census: what does it tell us about housing in Australia?

The data in the 2016 census confirms trends we already know about: the population is growing strongly, fewer people own their homes, more people are renting, and household size is shrinking. 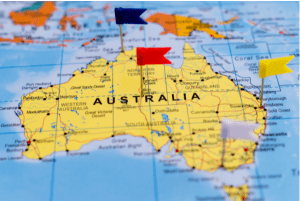 The 2016 Census provides hard data that illuminates many of the factors that have been driving the property market in recent years: the population is growing strongly, home ownership is down, more people are living in apartments and renting, and household size is shrinking.

We take a look at the census data most pertinent to the property sector.

Australia’s population grew 8.8 per cent in the years between the 2011 and 2016 censuses, reaching 23,401,892. It’s no wonder we are seeing pressure on housing and infrastructure.

The Sydney and Melbourne markets are undersupplied

But the number of households with mortgages is on the rise

Renting is on the rise

The population is aging

Households are getting smaller

The census counted increases in the numbers of no-children families, single-parent families, and single-occupant households – showing the number of occupants in households is shrinking.

The rise of the no-children family

The census showed there were 6.1 million families in 2016.

Property Tips – DIY renovations and how to find the best tradies

Money Saving Tips – 7 ways to save money
Scroll to top